Born into a musical family in Halifax, Nova Scotia, Cole from birth was inundated with a wide range of musical styles. Both her parents were classical musicians, pop and rock were the music of choice for her peer group at school, and Celtic and country were omnipresent within her immediate community. In this environment singing was as natural as riding a bike. While most families spend their after dinner time engaged in discussions as to what television shows to watch, Cole’s family debated over what to sing. Everyone in her family played piano and, upon graduating from high school, her older brother headed off to study jazz at the prestigious Berkelee College of Music in Boston.   Cole was sixteen when she decided to take a couple of months off, head down to Boston and spend some quality time with her elder sibling. For the next eight weeks, she hung out with her brother and his friends listening to the seminal recordings of every important post-war jazz artist. The experience changed her life.   ”When I first heard jazz,” recalls Cole, “the music had all the harmonic complexity, richness and level of musicianship that classical music had but it also had a few elements that classical music did not have, for instance improvisation, and most importantly, it sounded bad, like it was on the dark side! As a sixteen year old, that was entirely compelling. It had all the right ingredients! Hearing singers such as Sarah Vaughan, Billie Holiday, Anita O’Day and Betty Carter, I was shocked by how personal and intimate their statements were. They seemed so completely in control of their art form. I dove into the music.”    Moving to Toronto a couple of years later, the budding chanteuse established the Holly Cole Trio, featuring bassist David Piltch and pianist extraordinaire Aaron Davis. Between 1990 and 1993, the Trio recorded three superb albums, 1990’s Girl Talk, 1992’s Blame It On My Youth and 1993’s Don’t Smoke In Bed. While all three discs were largely steeped in the jazz tradition,Don’t Smoke in Bed included a soaring version of Johnny Nash’s “I Can See Clearly Now,” suggesting that the group’s sonic palette was beginning to widen. This was more than confirmed with 1995’s stunning Temptation album, which consisted entirely of material by song writing iconoclast Tom Waits. Cole’s most recent album, Dark Dear Heart released in the winter of 1997/98, brought everything together. Utilizing the possibilities of an expanded ensemble, the blossoming singer turned pop classics such as Joni Mitchell’s “River” and the Beatles’ “I’ve Just Seen a Face” inside out, finding new meanings in both, ultimately making them undeniably her own. “I’ve Just Seen a Face” went on to become her first bona fide radio hit.   Such a shift in repertoire and style has occurred organically. “As I grew and changed,” explains Cole. “I decided to explore other avenues of my musicality, the music I had grown up with.” Coming into full maturity as a vocalist, Cole began to inject pop material with a jazz sensibility and, conversely, jazz material with a pop sensibility. The results were inspiring.   ”That’s the only honest thing I can do,” she concludes. “I know and love jazz music. I know and love pop music. They’re both important and part of my musicality!” 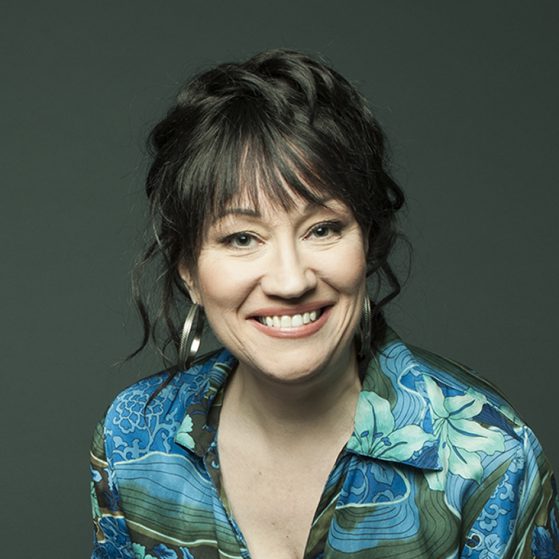